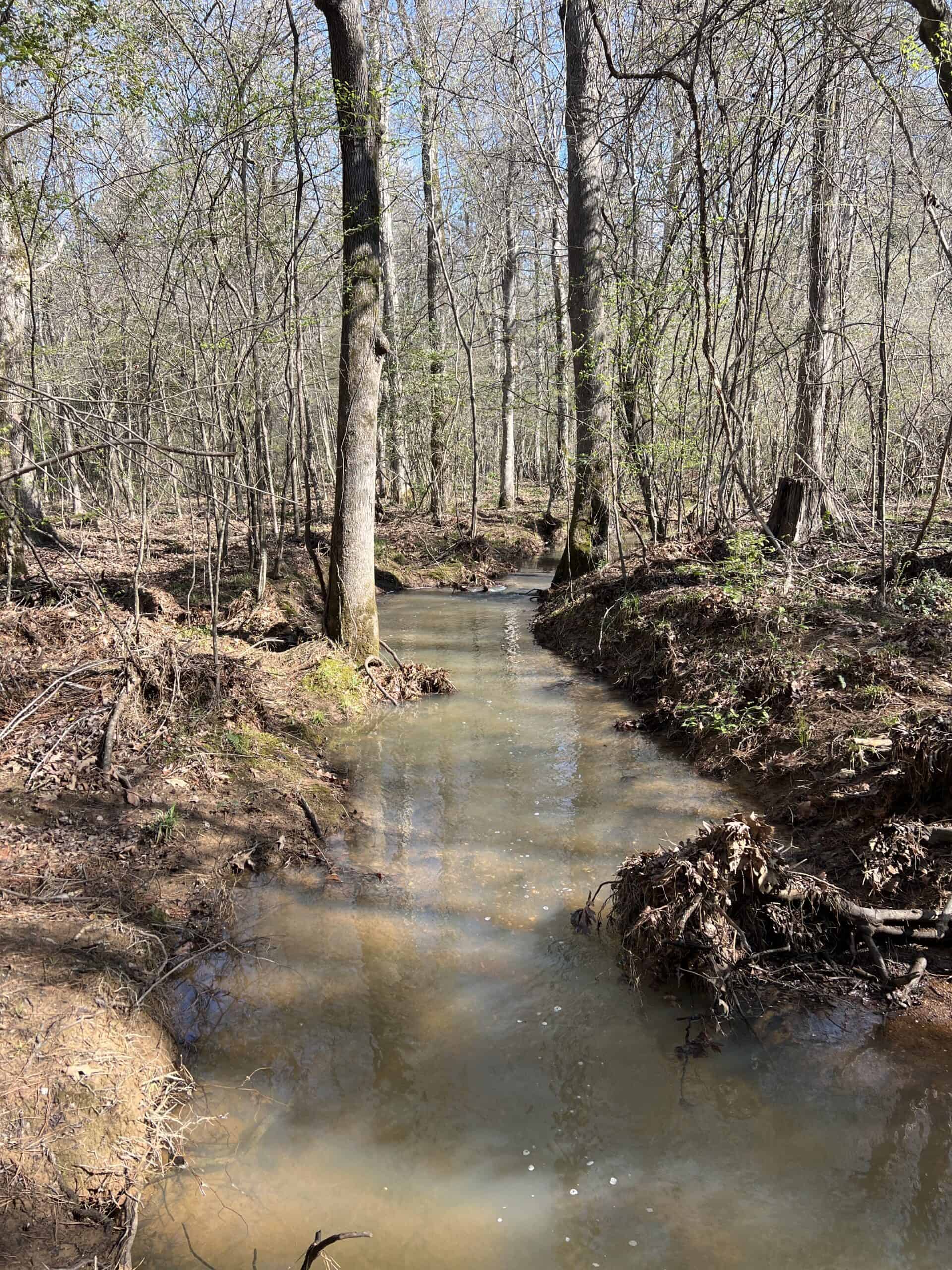 
Hunting Land for sale near Fordyce and Kingsland AR

Timber is always a very desirable asset that buyers are looking for in the real estate market today, and this wonderful huntingt property delivers that to you today.  The timber industry in Arkansas: Has an economic impact of around $5.5 billion annually. Is the #1 state in the South for the amount of hardwood seedlings grown. Consists of 19 million acres of forestland, which is 56% of the state’s total land area. Timber is ready for survey and harvest to assist you as the new owner in offsetting some costs of your new purchase while selectively keeping many trees to enhance the visual appeal of the properties hunting and recreational plan. The timber consists mainly of 2008 pine plantation with a few acres of harwood. Timber is ready to be 1st thinned.  Several trails cross this amazing property for sale in Arkansas making navigating around the entire property an easy task. There is a small pond on the property that provides a much needed water source for wildlife.

Where is this hunting land for sale in Arkansas located

Cleveland County is Cleveland County (formerly Dorsey County) is a county located in the U.S. state of Arkansas. Its population was 8,689 at the 2010 U.S. census.[1] The county seat and largest city is Rison.

The Arkansas legislature established Dorsey County as Arkansas’s 71st county on April 17, 1873, naming it for Stephen W. Dorsey, the U.S. Senator from Arkansas. When he was indicted for defrauding the Post Office, they renamed it on March 5, 1885, for Grover Cleveland, the newly elected President of the United States.[3]

The Battle of Mark’s Mills, the pivotal engagement in the Union Army’s ill-fated Camden Expedition during the U.S. Civil War, took place in what is now Cleveland County. This engagement resulted in a crushing victory for Confederate forces, though the victory ultimately proved to be hollow when Federal General Frederick Steele and the rest of his army managed to escape from Camden to Little Rock.

Just down the road from this beautiful piece of property you will find a few very notable birthplaces of two gentleman that had a huge influnece on not only the area but the country. The first place you will come to is Paul “Bear” Bryant’s Birthplace.

According to the sign in the yard, famed Alabama football coach Paul “Bear” Bryant was born in this house a couple of miles southeast of Fordyce on highway 8.

Sometimes biographies will list his birth town as Kingsland, and this house is about as close to Kingsland as it is to Fordyce, however Bryant went to Fordyce High School where he played for the fightin’ Redbugs, so by local convention Fordyce gets to claim him.

In 1981 he became the winningest coach in football history. He got his nickname “Bear” from an imprudent act of youthful vigor in which he wrestled a bear at a carnival.

The second name that you may be familar with is the one and only Johnny Cash. Mr. Cash was born in  Kingsland Arkansas. 33° 54.666′ N, 92° 18.924′ W.  The marker is in Kingsland, Arkansas, in Cleveland County.  The Marker is at the intersection of Crossroads Road and Sims Road, on the right when traveling north on Crossroads Road. Marker is at or near this postal address: 9990 Crossroads Rd, Kingsland AR 71652, United States of America.

John R. Cash (born J. R. Cash; February 26, 1932 – September 12, 2003) was an American singer songwriter. Much of Cash’s music contained themes of sorrow, moral tribulation, and redemption, especially in the later stages of his career.[4][5] He was known for his deep, calm bass-baritone voice,[a][6] the distinctive sound of his Tennessee Three backing band characterized by train-like chugging guitar rhythms, a rebelliousness[7][8] coupled with an increasingly somber and humble demeanor,[4] free prison concerts,[9] and a trademark all-black stage wardrobe which earned him the nickname “The Man in Black“.[b]

Born to poor cotton farmers in Kingsland, Arkansas, Cash rose to fame during the mid-1950s in the burgeoning rockabilly scene in Memphis, Tennessee, after four years in the Air Force. He traditionally began his concerts by simply introducing himself, “Hello, I’m Johnny Cash”