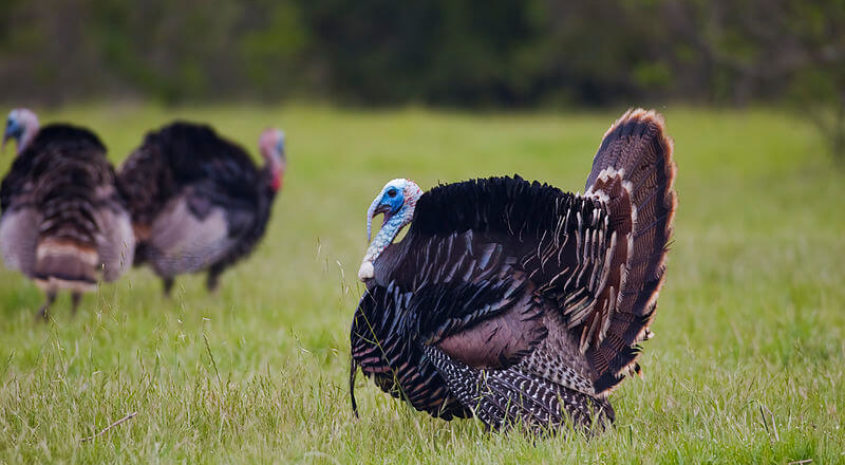 Turkey hunters harvested more than 11,400 Iowa birds this spring, which is nearly identical to the number harvested in 2014.

“This year it seemed like hunters fared pretty well during the first season, then the second season was kind of quiet, which is not surprising, and then there was less gobbling as the spring went on,” said Jim Coffey, forest wildlife technician with the Iowa Department of Natural Resources (DNR).

Coffey said hunters can help the DNR with collecting population information during its annual turkey count in July and August.

Make a note of the date and county in which you saw the turkey(s), if it is an adult female or adult male (males have beards on their breast), and whether there are young poults (baby turkeys), and then report the number online at http://www.surveygizmo.com/s3/2115256/Iowa-Wild-Turkey-Reports.