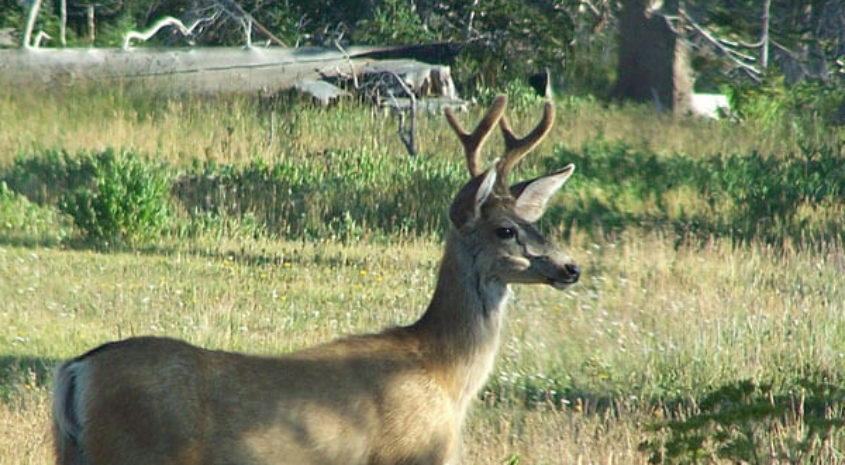 When it comes to dozens of deer running around with high-tech collars, there is not much else that sets a deer biologists soul on fire.  Eliciting thoughts of near endless streams of digestible data, biologists and wildlife advocates alike teem with excitement as a new large-scale deer management study gets underway.

That’s exactly the sentiment in the great state of Kansas, as biologists with the Kansas Department of Wildlife, Parks and Tourism is launching the most comprehensive deer study the state has ever seen.  Spreading collars across both whitetail and mule deer-young and old- the study aims to uncover habitat preferences, the fawning process and mortality rates among the state’s deer population.

“Some of our biggest goals will be to see what kinds of habitats the deer prefer. Also, establish survival rates, and the causes of mortality, of adult mule deer and whitetails,” Levi Jaster with Kansas Department of Wildlife, Parks and Tourism told The Wichita Eagle. “We want to know how many are dying from what causes. That includes mortality from hunting, but also beyond just hunting. We’d like to know what impact things like deer/vehicle collisions have on populations, and as much as we can about predator mortality on all kinds of deer.”

Launched in conjunction with Kansas State University, the project cost is just north of $2 million, which, while funded in part by both the state department and the university, is getting a massive injection of funds from federal excise taxes.

Those tax dollars are garnered from the sale of hunting and fishing equipment and are distributed to state game and fish agencies through various forms of fund-matching programs.  Additionally, the Kansas Bowhunters Association has also ponied up $5,000 to the project, one of the largest donations the club has ever made to any conservation projects.

With funding recently approved, the planning process is underway for the project, which is expected to run for at least the next 36 months.  While unsure as to how many deer will actually end up being fitted with collars, the current plan has set aside two main study areas.

One area will be one in which both mule deer and whitetail deer are doing well and the other will be an area in which whitetails are strong but mule deer seem to be struggling.

Utilizing net-gunning from helicopters as the main route of capturing subjects for collaring, officials are planning the begin the collaring phase during the winter months, when the stress of hunting seasons have subsided on the deer populations.

The department is looking forward to working in conjunction with the hunting community as the project unfolds, urging hunters to shoot collared deer much the same as they would without a collar.  As part of the mortality portion of the study, hunter harvest is a key indicator for future planning.

“Once we have the deer marked, we want hunters to treat them just like every deer out there,” he said. “Hunting mortality, and how deer react to hunting pressure, are important parts of the study. If someone would shoot the deer without the collar, they should shoot it if it is wearing a collar. As much as we can, we want to keep hunters involved. Studies like this can have a huge bearing on them, eventually.”