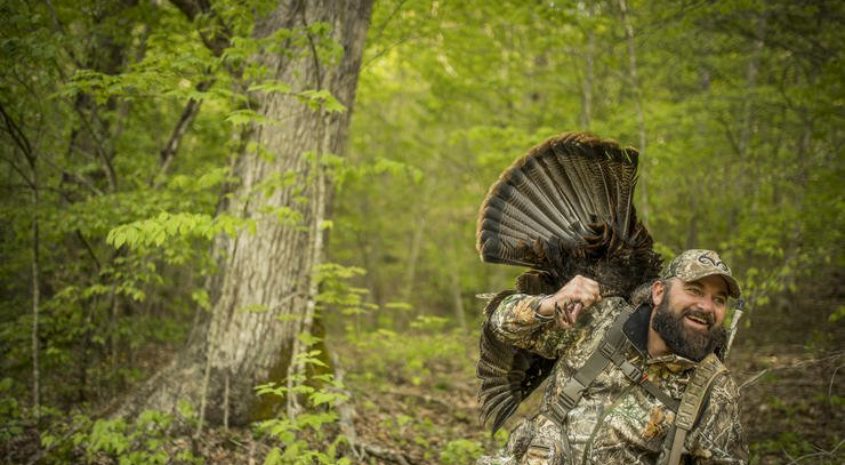 Yep, spring turkey season is in the last stage in some parts of the country. In places like New Hampshire and even Nebraska, it runs until the end of May. Maine closes at the end of shooting hours on June 1 this year.

Late-season turkeys can respond differently to your favorite hunting tactics than they might have a few weeks ago — but you can still put a tag on one. Try one of these three tactics.

Less time to hunt means you have to strike birds fast, possibly in a number of locations.

Owl hooting. Coyote howling. Crow cawing. All these locating sounds can pull shock gobbles from toms. Late-season hunts depend on finding turkeys quickly and efficiently. You can also use lost yelping and cutting to raise and call in once-silent gobblers.

Empty your vest, use all your calls, and make like several birds getting together. Don’t be call shy. Aggressive calling from your setup position can be what you need to make shut-mouthed birds sound off, and pull a late-season gobbler into range.

Hunting tip: If this doesn’t work in a particular area, go to your truck, and get on some other birds. Run-and-gun and don’t be call shy while you’re doing it. Let ‘em know you’re there.

You hunt hard, at home and away. There’s no shame in hiring a guide to put you on his or her birds. Contact outfitters and work a deal. If you don’t want to go out with a guide, maybe a self-guided trip is in order. Pay for insights, plus room and board. Have guides put you on birds after detailing property lines, terrain features and so on.

Such an approach can afford you the opportunity to hunt efficiently in many states each spring. It’s particularly advantageous if you’re working on your Slam, and especially if the days left in the season are numbered.

Hunting tip: Time is money, they say. Less time is less money, usually. Maybe you can get an affordable hunt done in one day of driving, roosting birds, sleeping (well, a little), and hunting hard the next morning. It doesn’t hurt to ask for a one-day hunt deal with an outfitting professional.

Some toms are still driven to find hens; others return to male turkey groups, or will soon, and stay this way through summer and autumn. Your waning spring hunt might be more productive if you mix in some fall turkey-calling tactics.

Hunting tip: Soft gobbler yelps can interest late-season male spring turkeys just like they do in autumn. This call is deeper with a slower cadence — yawp-yawp-yawp — than faster, higher-pitched hen yelps. Make it and keep your eyes and ears open for an approaching red head bobbing through the greened-up woods.

I once killed a three-bearded Memorial Day longbeard by gobbler yelping. You can too if the season is still open where you hunt.